Discover the fascinating history of this Southwestern ancient culture as you tour the museum and grounds. 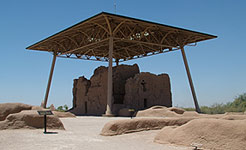 Casa Grande Ruins National Monument preserves an ancient Hohokam farming community and “Great House.” Created as the nation’s first archeological reserve in 1892, the site was declared a National Monument in 1918. ‘Casa Grande’ is Spanish for ‘great house.’ The Casa Grande is 4-stories tall consisting of 11-rooms. Built about 700 years ago the structure has been uninhabited for about 550 years. It is believed that the Hohokam built the structures using a technique called “puddling” where they would dig a pit and then fill it with water to soften the caliche to a consistency of dough. Then they would transport the mud in baskets to the construction area. The Casa Grande was made from about six million pounds of caliche! Why would this ancient civilization need such a large structure? There are several different theories, and you can read a bit more about one of the most interesting ones in the sections below. 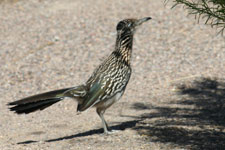 Hohokam is an O’odham word used to identify a group of people that lived in the Sonoran Desert. Hohokam means “those who are gone” or “all used up,” however what they had called themselves, and most of their history, is unknown. Some believe that the Hohokam came from hunter/gatherer people that moved into the river basins and built a more permanent society. They developed activities that distinguished themselves as a defined culture such as agriculture, pottery and trade routes. The Hohokam created architectural marvels, like the ‘Casa Grande’, and hundreds of miles worth of canals to irrigate their fields. These constructs were built of stone and caliche, a clay-like soil found in the Sonoran Desert. The rivers ran year-round, which helped the Hohokam to survive, there were even populations of fish that they hunted for food. The water brought the ability to grow a variety of crops, mainly beans, corn, cotton, and squash. With the increase in food, came an increase in population. And with more people there was even more opportunity for task specialization. The Hohokam had basket weavers, farmers, jewelers, and potters (among others). These craftspeople created and traded for food and supplies amongst themselves and outside cultures. This has been proven by the finding of Hohokam crafts hundreds of miles away from their homelands. 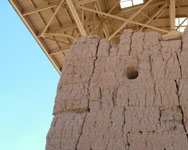 There are many different theories on the meaning and purpose of the Casa Grande ruins. Some believe that it was just a house, while others debate its use as a fort-like structure, a temple or even an astronomical observatory. This small circular hole (pictured on the left) aligns with the sun on the longest day of summer. There are other such openings in Casa Grande that align with the sun and moon on various significant times of the year. It is believed that the Hohokam had devised a calendar system based on solar and lunar movements, using the Casa Grande as a sort of astronomical observatory. But of what importance would such a calendar system be in the 1300s? And how had the native people use such information? Many of these questions go unanswered and continue to be the center of research and scholarly debate. On our outdoor adventure tours you can discover the history of the Casa Grande Ruins, the Hohokam people, and how they managed to survive and thrive in one of the harshest of environments.

Outdoor adventure tours of Arizona and New Mexico- There are many other interesting sights close to the Casa Grande Ruins National Monument. Click on the links above to learn more about surrounding adventures.