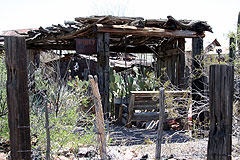 Steins Ghost Town has a colorful history, steeped in the Wild West. It was here in New Mexico that one of the first treaties between the Army and the Apaches was signed. In the 1880s Steins Peak, a nearby mountain, was used to communicate the movements of the famed Chiricahua Apache leader Geronimo. The heliographs lit up once again in 1889 to track down the infamous Apache Kid, who had been involved in several murders and threatened another Apache uprising. Eight years later Black Jack Ketchum and his gang attempted to rob the Southern Pacific Line on its way through Steins. 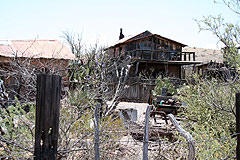 In 1925 the quarry was closed putting a large portion of the town out of work. And after World War II the town began to die when the steam engines were converted to diesel. The town wasn’t needed as a work station anymore. The post office was finally closed in 1944. The town was dead by 1955 when all steam locomotives ceased to operate in the area. Today it is a monument to the life and legacy of the Wild West. On our small group tours we will take a guided trips into the past as we walk down the main street past the old mercantile and straight into a ghost town’s vibrant history. 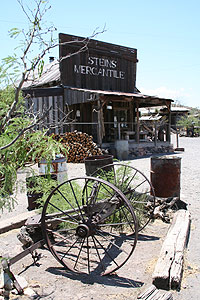 Arizona Travel – Read about the attractions above that are located close to Ajo and also visited on our southwest vacation. Click on the buttons to go to the information pages.